Upon discovering there was a nearby lake that not only contained several species of native and non-native carnivorous plants, one being the ever popular Venus flytrap, but also a floating log island, I knew I had to figure out a way to see it first hand. 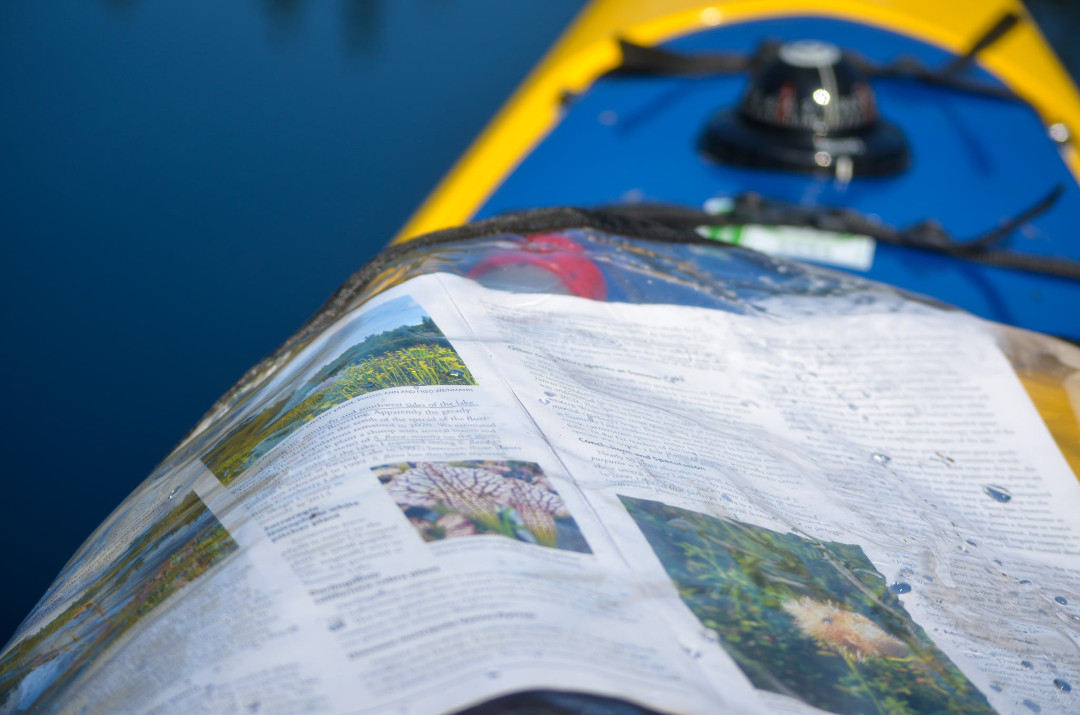 A makeshift guidebook made from an issue of Douglasia.

We took my inflatable pack raft and three piece Easy Rider kayak carefully down to the water as the bog has a sensitive border of soil floating on water.

Along the edges of the bog we were able to find common sundew as well as yellow and purple pitcher plants. 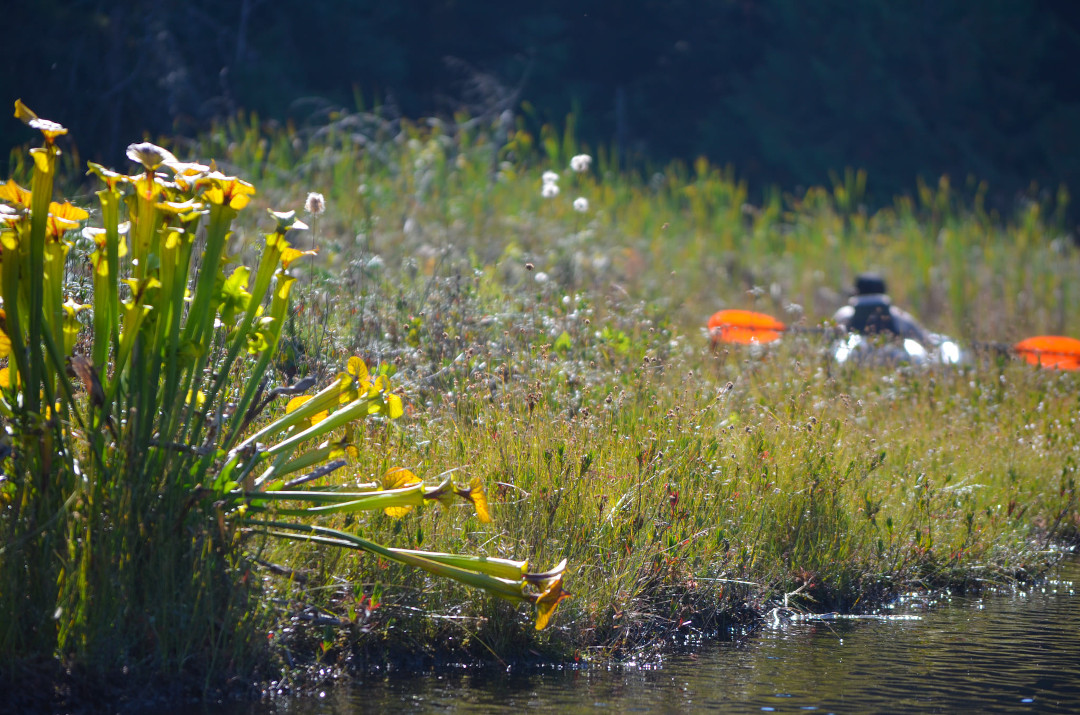 The yellow pitcher plants were most prolific and are propagating more each year. 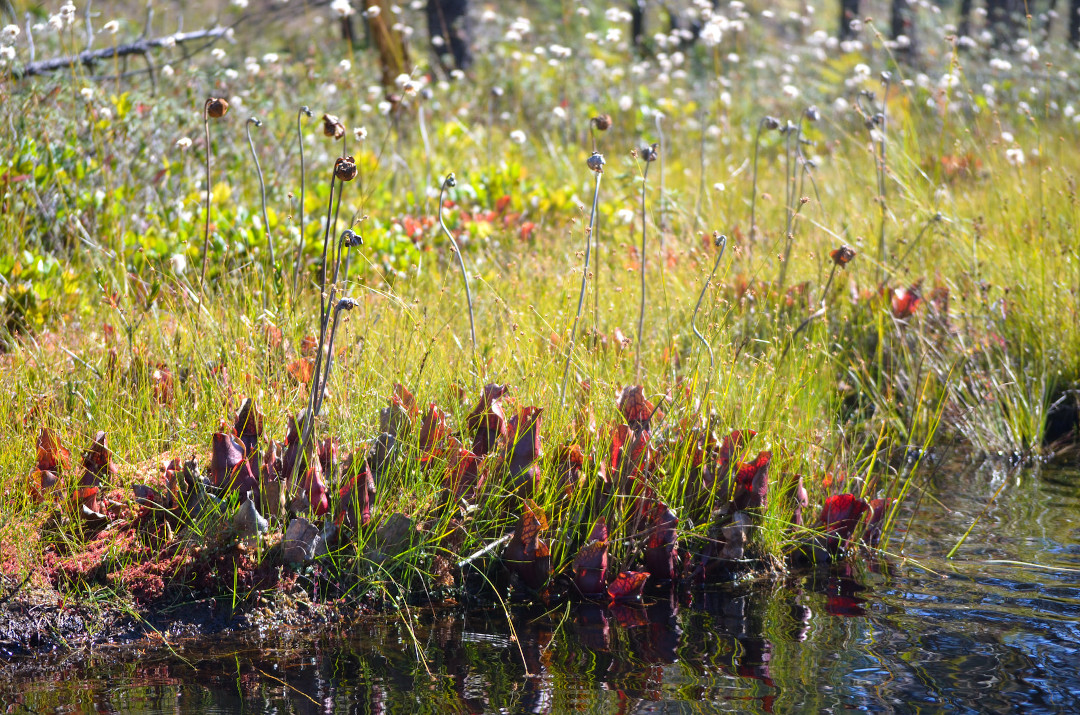 It was a little late in the season to see the Sarracenia purpurea, purple pitcher plant, in it’s full glory, but it still made a great showing. The nearest native populations are in Southern Alberta. 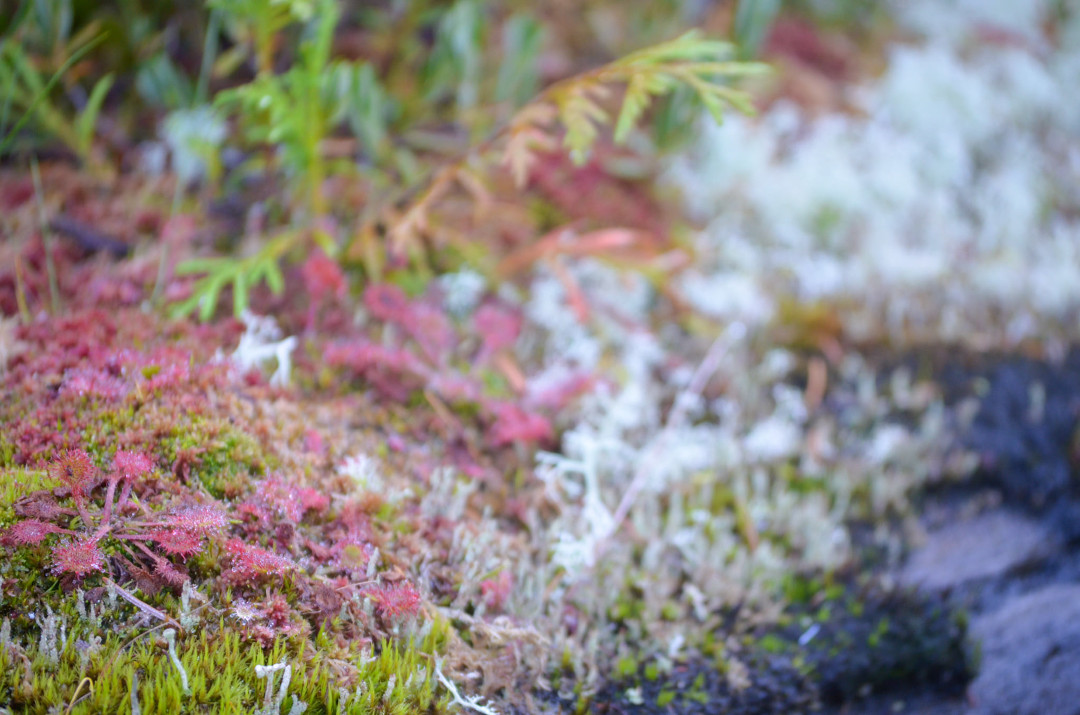 Unfortunately, the Venus flytraps remained elusive. Perhaps we were too late in the season or perhaps they finally perished, being as they come from quite a different climate in the Carolinas and Florida region.

Note: It turns out in recent years the lake was almost developed into waterfront properties, but after 3 years of negotiations, the Skagit Land Trust was able to secure the purchase of the land and thus it’s protection.

Much prior to that, as the local lore goes, it had been owned by a pre-eminent bootlegger of high quality whiskey who crafted a log platform with a mechanism to unload logs from the nearby rail cars and transport them to the mill located on the lake (as mills were steam fed and the lake water could also be used to store the logs, keeping them from drying out). 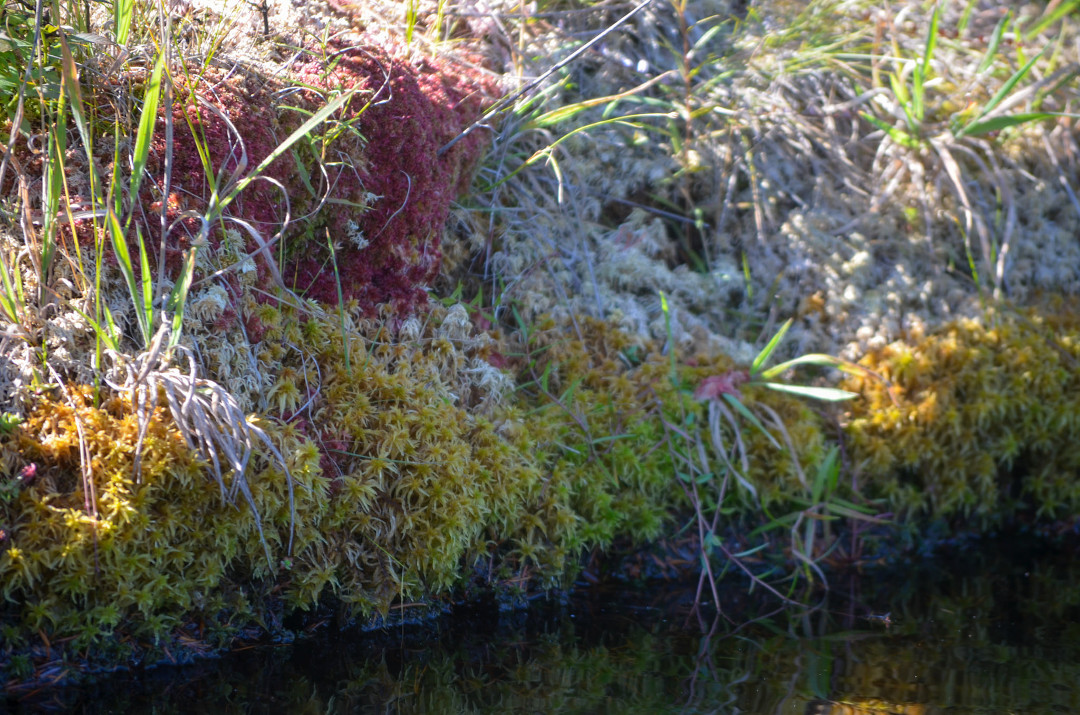 Over time the log platform filled with dirt, salal plants, and eventually trees. The small trees deemed unsatisfactory by the local beaver population now serve as a sail for the man-made island as it travels back and forth across the lake with the changing directions of the wind.